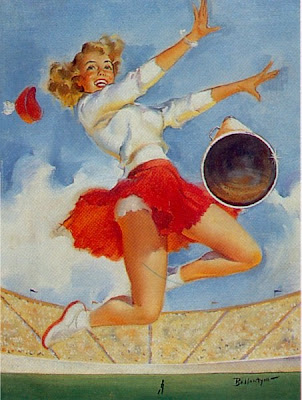 The first time I ever stepped foot in a Weight Watchers meeting was 19 years ago, just after giving birth to my middle daughter. I probably had 15 pounds to lose but thought I was a cow..rolling eyes..I had never been on a "formal" diet before so it was a bit of an adventure and I jumped into it wholeheartedly. I stuck to the program, exercised a bit, and, lo and behold, lost the weight! I might have lost it a little too well, though, since just weeks after reaching my goal I donned a sexy teddy and, you guessed it, got pregnant with #3!

Life went on and I gained and lost a few pounds here and then, joined and quit WW a dozen times but never got more than 10 pounds above my goal until the early 2000's when my marriage started falling apart. Being an emotional eater, I did what many of us do when faced with stress - I stuffed my feelings down with food. By 2003 I was 152 pounds and felt like crap. I was exhausted, depressed, my self-esteem at an all-time low. Already critical and emotionally abusive, the extra pounds provided my husband with even more ammunition for attack which, of course, only sent me further into the depths of despair.

In Spring of 2003 we were preparing to send my eldest daughter off to college. Looking at my two younger daughters who were now 11 and 12, I realized that this was only the first of many changes to come, that I was no longer "needed" in the same capacity as when they were babies, that it was time to do something for myself, I had to break free from the "just a mom and wife" role I'd been in for 18 years. So, I made a plan and I leapt into it.

First, I incorporated chicken back into my diet. As a mostly-vegetarian for 10 years, this was a huge deal to me but somehow I sensed that my body needed more protein and this was the easiest way to get it. Then, I eliminated bread entirely. No pretzels, no crackers, no white stuff. Period. For several months my diet consisted of:

Spiru-Tein, fruit & soymilk for breakfast
Salad & Chicken for lunch & dinner
vegetables for snacking with an occasional piece of cheese here & there
Chardonnay for my mental health *grin*

I lost weight, fairly quickly, and it became an addiction. The more I lost, the better I looked, the more motivated I was to lose more. I walked twice a day, discovering tons of new music to load onto my I-pod for motivation. I bought new clothes, I had my nails done, I cooked less, cleaned less and just focused on me and my children. My husband? He was shocked at first but then oh-so-appreciative. Suddenly he wasn't so critical anymore, imagine that! He was all over my new figure & apparently thought now that I was thinner/prettier/more confident I was now worthy of his attention and all would be well, right? Umm..not so quick, buddy!

What really happened was I gained even more confidence when I lost 165 more pounds of dead weight - HIM! I knew that the honeymoon wouldn't last, that once he became accustomed to this new & improved Rapunzel he would find something else to pick on, to put me down for, to disparage and destroy. And I wasn't having any part of this. So he moved out, tail between his legs and I dusted myself off and started a new life for myself and my daughters. It was right around that time I met Beren but that's another story.

So, that's my weight loss history, good, bad & ugly. The recent weight gain is, again, another story but right now I'm choosing to focus on what I did right, what tools lead me to those successful moments on the scale. Of course it all boils down to the very basic, common sense advice that we've all heard before: Eat Less, Move More.

While my diet may have been a bit limited during those pre-divorce days (I felt like I was going to turn into a chicken!), the protein/vegetable/fruit/dairy regime was healthy and it did work! Add some walking to that and poof! You lose weight. Simple, right? Hmm...not always.

You see, the other piece to the puzzle was harder: the emotional aspect. In order for weight loss to happen, at least for me, my head/heart/body have to all be in sync, going in the same direction with the same goals. They all have to be motivated to make changes. I can't succeed if I'm dragged down by depression, anxiety, stress, etc. etc. but it's a vicious cycle at times; which comes first, the weight gain or the depression? Do I need to get my head in check before dealing with my body or vice versa?

Well, for me it all happens at once and they feed (pardon the pun) off each other. I move a little, I feel better, I eat less, I feel better so I move more, on and on and on. Eventually the various parts of me have this "aha" moment and they start to communicate with each other. "Listen here, get off your lazy ass and move! The cheesecake won't make you happy or solve your problems but a walk around the block just might clear your head enough so that you can handle the situation better!"

So now my mission is to help that happen again, to awaken those parts of myself so that they talk to each other again, to get everyone on the same page as it were. We all have the same goal, my body/mind/heart: Health and well-being. So, let's just work together, what do you say?