Weekly Weigh-In and other Updates 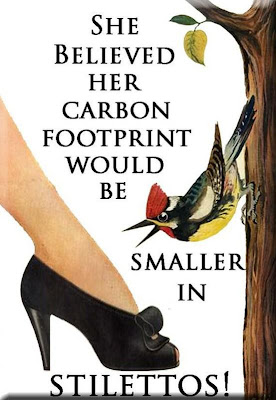 Today marks the one month anniversary of my pledge to go Vegan...and I continuing my commitment for a lifetime.  Not only do I feel good about my decision from an ethical standpoint, I just feel amazing overall! My energy has increased, my skin looks better, and I've lost 1.4 pounds this week.  I'm discovering new foods & flavors (tempeh is delicious!) and learning to be more creative in the kitchen as well as when dining out.

This week I've made do with some less-than-perfect menu options...


and have enjoyed a few tasty restaurant meals..

And spent a lot of time in my own kitchen, which is definitely the "safest", easiest route.

I've also taken a few lovely walks on the beach..

and have been resting and relaxing as well, because we ladies do need our beauty rest! 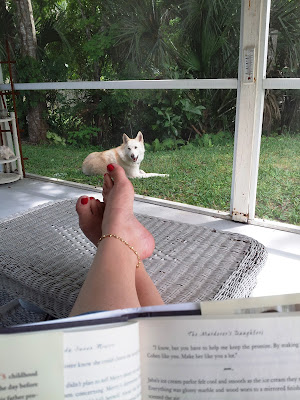 I mentioned earlier how much I'm enjoying Amy's Tofu Scramble, but now that we're up "north" sans Whole Foods, I'm having a more difficult time finding it.  Also, at $4.50 - $5.00 per package, I probably should find some less expensive breakfast alternatives.

Once again, Isa Chandra Moskowitz to the rescue! This morning I whipped up her Curried Scrambled Tofu (held the arugula since I didn't have any), served alongside toast and a cup of hot java..ahh...what a wonderful way to start the day! 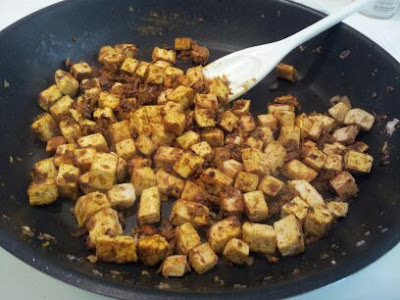 
Preheat a large, heavy-bottomed pan over medium-high heat.  Saute the onion in the oil for about 4 minutes, until translucent.  Add the garlic and saute for 30 seconds or so.  Crumble the tofu into bite-sized pieces and add to the pan.  Cook for about 10 minutes, stirring often, until the tofu has browned on some of the sides.  Use a little nonstick cooking spray if needed.


Add the curry powder, cumin, salt, pepper and a few splashes of water if it's too dry.  Mix in the arugula.  Cover and cook for 2 to 3 minutes, stirring occasionally, until the arugula is wilted.


Taste for spices and add another teaspoon of curry powder if needed; it will depend on the strength of your curry powder.  Add the lemon juice and serve!

After breakfast Loki and I dragged Beren along for a neighborhood walk, now we're going to sit outside and enjoy the beautiful weather. 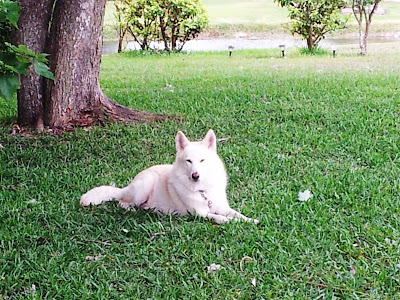 Hope everyone's weekend is off to a great start!

Restaurant Round-Up: The Good, the Bad and the Dowright Ugly 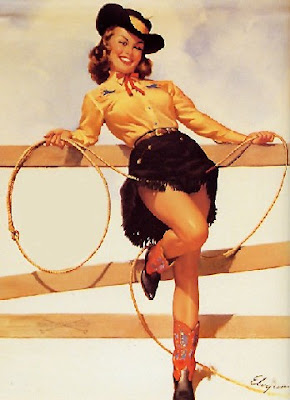 As you know, Beren and I do quite a bit of traveling and socializing in our day to day life.  His current job requires him to be in various parts of the state and if we're not in our own home(s), we dine out.  Since making the pledge to go Vegan, eating out has been a challenge, to say the least.  Veg options are limited, and they are often carb and fat-laden when available. I've been giving myself some leeway, allowing cheese if I can't find anything dairy-free, but I'm not thrilled about it.  With the current trend toward a plant-based diet, I would think that more eating establishments would get on the ball!

Below are a few examples of good experiences I've had, such as the vegetarian and mostly-vegan food truck, Veggie Xpress.

And the "naked" pizza Capone's Flickerlite was more than happy to prepare for me.


and then there's our beloved Ocean Deck where Beren and I often visit for cocktails and gorgeous beach view.  In the past I've been able to order a mahi salad or shrimp but now that I'm not eating seafood, I'm pretty much screwed at this place.  Unless I want a plain salad or fried, greasy appetizers, I'm going hungry.  I indulged in a few bites of nachos and then Beren was gracious enough to share his chicken salad with me, taking all of the poultry for himself.

The Hard Rock Cafe has a veggie burger on the menu, but I wasn't willing to spend $13.00 for it at that time. They did, however, gift Beren with a free ice cream sundae on his birthday. 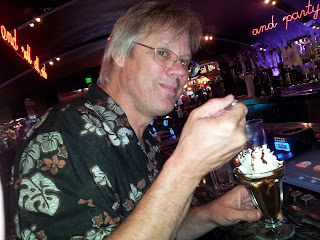 At Captain Hiram's in Sebastian, FL, there was not one single vegan-friendly appetizer or entree! I inquired about other options not listed on the menu, would have been happy with a baked potato, but nope. I was left to fill up on bread and salad.  Not fun, or healthy.

So, what's a veg to do when dining out? First, plan ahead.  Most restaurant's menus are online, allowing you to peruse and plan to your heart's content. If not, call them! I'd heard that a local pizza joint was vegan-friendly, using soy cheese, but before I drove over I called ahead. Guess what? They're no longer doing so. That saved me a trip and some dollars.  I also found a website and app that will alert me to veg-friendly restaurants and stores in the area, Happy Cow has become my new best friend!

I've also been doing a lot of cooking (stay tuned for a post on that) and think that a picnic basket and cooler may be a permanent fixture in our car.  I don't want to be caught unprepared, forced to eat fried garbage for the "experience" of dining out.

I'd love some input from seasoned vegans out there!