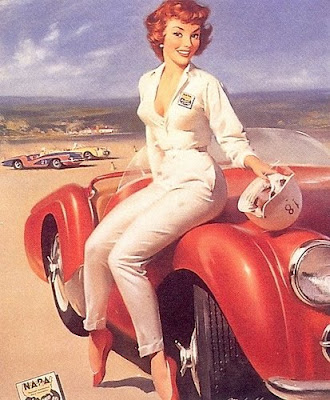 We are still up at our "other" home, enjoying the nice long weekend with Kali and Kevin. My bio dad and stepmom were supposed to fly in from Ohio, had tickets to the Daytona 500, but thanks to Mother Nature their flight was canceled! I am so disappointed, really looked forward to spending time with them and showing them the Ormond Beach house. Who'd have thought it would be difficult to fly south in the winter? We're making the best of it, though, taking the kids out on the town while trying to avoid the crowds and chaos that come along with Race Week in Daytona.

My never-gains-an-ounce Beren has taken it upon himself to find the very best pizza joint in town..groan...and yes, I have been indulging in the delicious doughy goodness..in moderation. See, I need to work this way of eating into my lifestyle, no way am I going to sit there and nibble on lettuce leaves while my family enjoys a delicious pizza! I'm not going to sip water or diet soda while they gulp a nice cold beer. I would end up feeling deprived, resentful and that would ultimately lead to a binge later on. So, I limit myself to 2 slices and make sure they are topped with tons of veggies, and we enjoy it at lunch, not late at night because I really think that makes a difference in my weight loss. Then, we have a healthy, lower-cal dinner so I don't go to bed stuffed with the "white stuff." Then, to combat the extra calories I've been walking my tush off, even when the wind is whipping through the trees and I return with my face frozen! Even if I don't burn off all of the pizza & beer calories, at least I'm starting (and sometimes ending) my day with exercise and that makes me feel better and encourages me to make mindful choices throughout the day.

Now, my kids are stricter vegetarians than I am so I made sure to have the pantry and freezer stocked with foods they can eat. Keeping the cool weather in mind and our desire for hearty, warming dishes, I came up with another Recipe Redux for you, Chicken Tetrazzini. The original is from Amy Vanderbilt's Complete Cookbook, copyright 1961.

Buy ready-to-cook chickens. Have cut in pieces by poultry dealer. Place in saucepan. Add boiling water to depth of about 1 inch. Add onion, celery leaves, 1 teaspoon salt, 1/2 teaspoon pepper. Start cooking on high heat so water boils quickly. Reduce heat. Cover pot and simmer 2 hours or until chicken is tender. Remove chicken. Strain stock and measure 2 cups for use in sauce. Cut chicken up in very small cubes. There should be 2 to 3 cups cooked chicken.

Melt remaining 3 tablespoons butter or margarine. Stir in flour smoothly. Stir in 2 cups chicken stock. Continue to stir and cook until thickened. Remove from heat. Stir in cream, then add sherry a little at a time, stirring slowly.

Combine 1/2 sauce with spaghetti mixture. Pour spaghetti into prepared dish. Make hole in center. Combine remaining sauce with chicken. Pour chicken into center of spaghetti. Sprinkle grated cheese over all. Bake about 25 minutes or until top is lightly browned.

A good green salad with herb dressing and very small anchovy sandwiches are delicious companions for this luxurious dress. Serve hot coffee and a large bombe of raspberry, lemon, and pineapple sherbet.


The "whole chicken" situation was a bit of a challenge for me, decided that Quorn's Naked Chik'n Cutlets could be a decent substitute. There was obviously no need to boil them for any length of time so I just thawed the cutlets slightly, cut them up and proceeded with the recipe using ready-made vegetable broth. I also used white wine in lieu of the sherry just because that's what I had on hand, and happened to be sipping a glass while I cooked. *wink*

The Verdict: I am very impressed, to say the least! Shaving off that many calories and grams of fat as well as decreasing the sodium content while increasing the fiber, wow! It was very filling and hearty and no one missed the chicken!

Since Kali & I plan to do some Valentines Day baking (and sampling) this afternoon, I really should race outside and do a few laps around my own track...zoom! Zoom!!!!