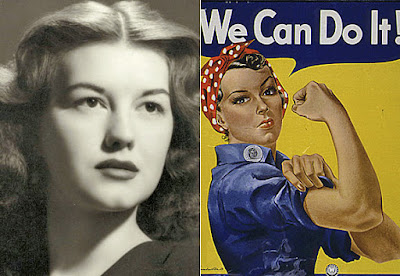 Geraldine Hoff Doyle, a World War II factory worker whose bandana-wearing image in a wire-service photo is said to have been the model for the woman depicted in the 1942 "We Can Do It!" poster, has died. She was 86. The iconic wartime poster became an enduring symbol of women's power from the Rosie the Riveter era.