Stuck on the Beach 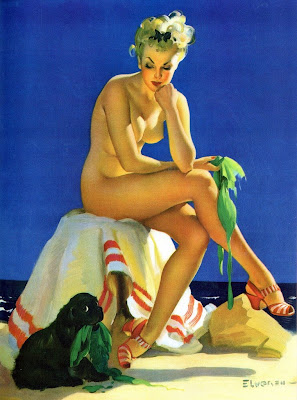 Yesterday Beren and I decided to take the jet ski out for a little ride around the ocean so we loaded it up on the trailer, got it into the water and away we went..about a yard from the dock we noticed that something was wrong. The jet ski felt heavy & sluggish, difficult to steer and balance. Beren turned around quickly, headed back to the dock but only made it halfway there before tipping us over. *giggle* Soaking wet, we managed to get the little boat back on the trailer at which point Beren discovered that he had forgotten to close the plugs on the back, therefore letting in gallons of water. Oops! No wonder we were sinking! Ah, well, stuff happens, plans change. Back at home, we had lunch and decided we'd head down to Main Street for some live music and a cocktail. We hopped in the car and quickly discovered that something was wrong with the clutch...it had been acting up for a while but Beren was nursing it along, hoping for a car repair reprieve. No such luck. So...instead of heading home last night, we spent another night and today will find a mechanic who'll hopefully make the necessary repairs and get us back on the road. Is it awful that I was more-than-slightly happy about being near the beach for one more day? *grin* What a terrible hardship, right?

In other news, I did pretty well eating-wise this weekend. Other than a small serving of Beren's irresistible homemade french fries, I stuck to my plan and didn't feel terribly deprived. We tend to eat more simply here when it's just the two of us, fewer recipes and kid-friendly dishes, more grilling and fresh vegetables. Unfortunately this one good weekend did not affect the scale..I'm ashamed to admit that the number this morning read 172.4. Never in my life did I think I would be this heavy, don't even think I reached that weight when pregnant. I'm disgusted over it but not going to sit around and whine, that doesn't do any good. I just need to take action.


Have a Beauty-Full Day,