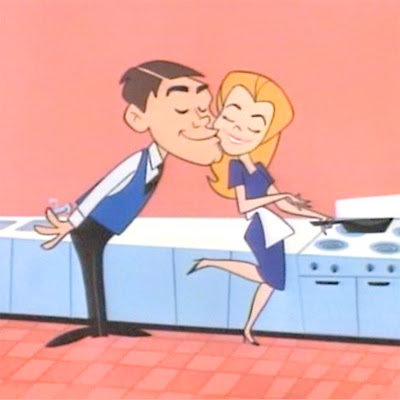 I haven't been spending as much time in the kitchen since calling Jenny, and I miss it! Cooking is not just a necessary means to an end (getting food into the body), it's therapy for me. I love donning an apron and tuning out the rest of the world while I slice, dice, bake & simmer! Under the right conditions, it becomes a downright magical experience!

So, today I decided to make something special for Beren, figure he might like a change from the frozen pizza and fried shrimp he's been feeding himself lately. ..rolling eyes... I pulled out this fantastic thrift store find, a Betty Crocker recipe box, circa 1971! I remember my mom having the exact same one so this brought back fond childhood memories for me. (Can't you just see this in Samantha Steven's avocado kitchen??) 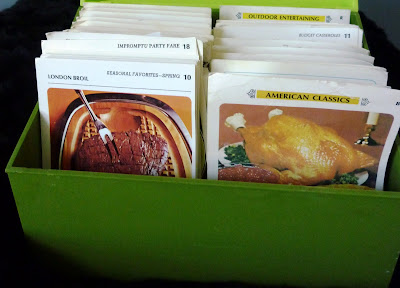 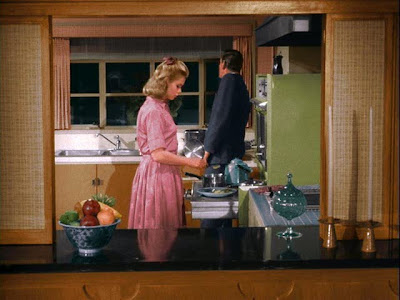 Now, I've often written about my man's less-than-healthy food choices at times and you've seen the potato chips he loves so much, so when I found this recipe I knew I had to make it for him: 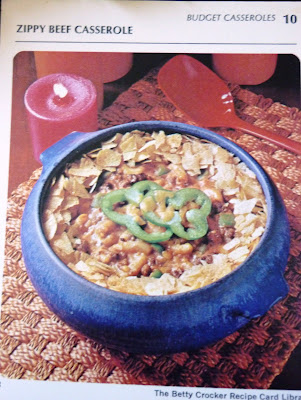 Yes, those are potato chips topping that meaty, cheesy mess! Welcome to the early 1970's, folks! I console myself with the fact that at least we rode our bikes to the grocery store to purchase the ingredients(about 4 miles). 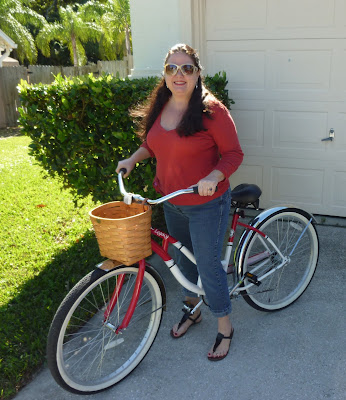 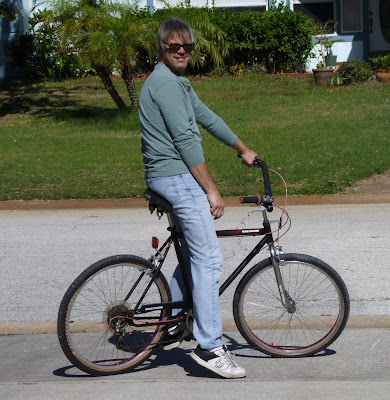 Now, I admit that I made Beren the original version of the casserole because he wouldn't have it any other way, but I also cleaned it up a bit for those of you who would like a hearty retro-style meal but without the possible heart attack! I couldn't think of a tasty alternative to the potato chips so I lightened them up, but if you have another suggestion I'd love to hear it. 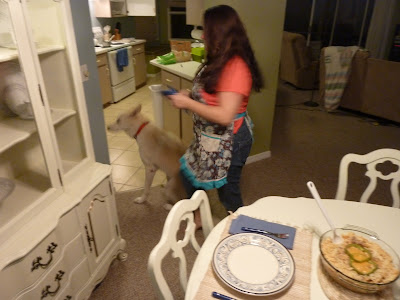 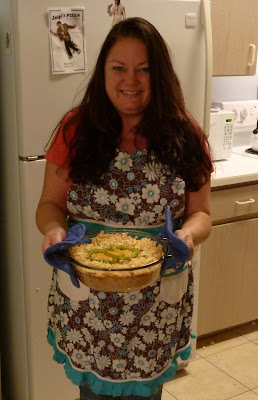 Heat oven to 350. Cook and stir meat until brown. Drain off fat. Cook macaroni as directed on package; drain. In ungreased 2-quart casserole, mix all ingredients except potato chips. 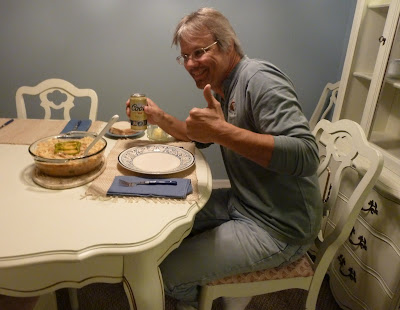 
Ok, I have never seen Beren enjoy a meal quite as much as he did this one! He scarfed down two huge servings and had to refrain from grabbing a third, praising me all the while. *grin* I guess those retro housewives knew how to please their men, huh? *wink*