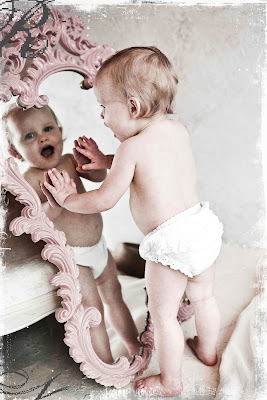 I just read this article on Jezebel and am so disgusted and furious, have to share it with you here.

This mother put her seven year old daughter on a strict diet and then made it her mission to ensure that the child lost weight by constantly berating her about calorie content, food intake, etc.  I don't know about you all, but this sounds like abuse to me!

I once reproachfully deprived Bea of her dinner after learning that her observation of French Heritage Day at school involved nearly 800 calories of Brie, filet mignon, baguette, and chocolate. I stopped letting her enjoy Pizza Fridays when she admitted to adding a corn salad as a side dish one week. I dressed down a Starbucks barista when he professed ignorance of the nutrition content of the kids' hot chocolate whose calories are listed as "120-210" on the menu board: Well, which is it? When he couldn't provide an answer, I dramatically grabbed the drink out of my daughter's hands, poured it into the garbage, and stormed out.

I cringe when I recall the many times I had it out with Bea over a snack given to her by a friend's parent or caregiver … rather than direct my irritation at the grown-up, I often derided Bea for not refusing the inappropriate snack. And there have been many awkward moments at parties, when Bea has wanted to eat, say, both cookies and cake, and I've engaged in a heated public discussion about why she can't.

What I want to know is, where is the child's pediatrician in all of this? Is it he/she who alerted the parent to her daughter's "obesity?"And if so, is the risk to her health really worth the possible repercussions later on?
I ask this because of my own personal experience.  When my daughters were little (in the 90's), there was a big push to have children tested for cholesterol. The medical community believed that if we got a handle on the situation when they were young, they could prevent high cholesterol and heart disease later. Great idea, right? Well, not in our case.  At age 2 they started routine cholesterol screening.  Bambi's results came back borderline high, just over 200.  Her pediatrician suggested a strict low-fat diet and re-testing..every three months.  I complied, yet when her levels didn't lower after the first re-test, he sent me to a dietician.  Me. The full time homemaker, vegetarian mom who fed her kids veggies and fruit at every single meal, who drove 20 miles to the nearest health food store and "introduced" the concept of organic to our local grocer.  I was offended to say the least, yet I dutifully paid $65 to have a "nutritionist" explain to me the difference between fat content in chips as opposed to pretzels. Are you freakin' kidding me?! Still, I wanted to do the right thing for my daughter so I heeded all of the expert advice yet when my toddler started asking about fat content in her friend's birthday cake, when she began to fear her food, I'd had enough. 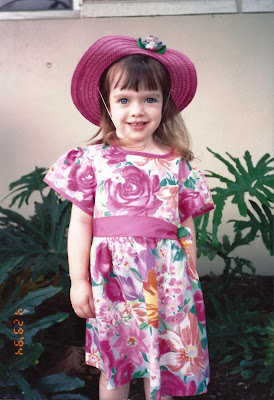 Did I mention that my tiny little Bambi was on the 5th percentile for height, 10th for weight??

At the next check-up, I asked her doctor some questions. Is this borderline cholesterol going to hurt Bambi's health right now? Well, no, it won't impact her until she's in her 30's. Really? So you're helping me create a nervous, possibly anorexic teenager, obsessed with calories and fat, because of something that may or may not impact her several decades from now? Are you serious? At that point I refused further blood work which pissed off the doctor who actually required me to sign a waiver indicating that I realized I was going against doctor's orders.  Yep, that's right. I'm going to go against the almighty medical community and do what I think is right for my kid. I'm a rebel that way, don't you know. 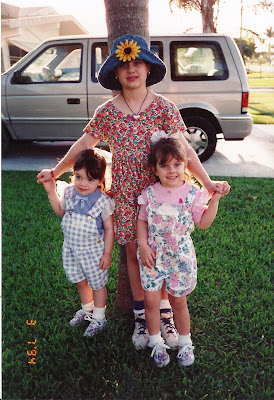 Well, I'm happy to report that Bambi is a healthy, happy, fit 20 year old who is at her ideal weight and has no food issues nor heart disease. She eats like a "normal" college kid - beer, pizza & ramen noodles with some healthy stuff thrown in as well. I'm also relieved that, to my knowledge, the doctors have stopped that ridiculous cholesterol screening for babies.  Seriously, we parents have enough shit to worry about, let's not let the occasional cupcake or "baby fat" of a seven year old be one of them!